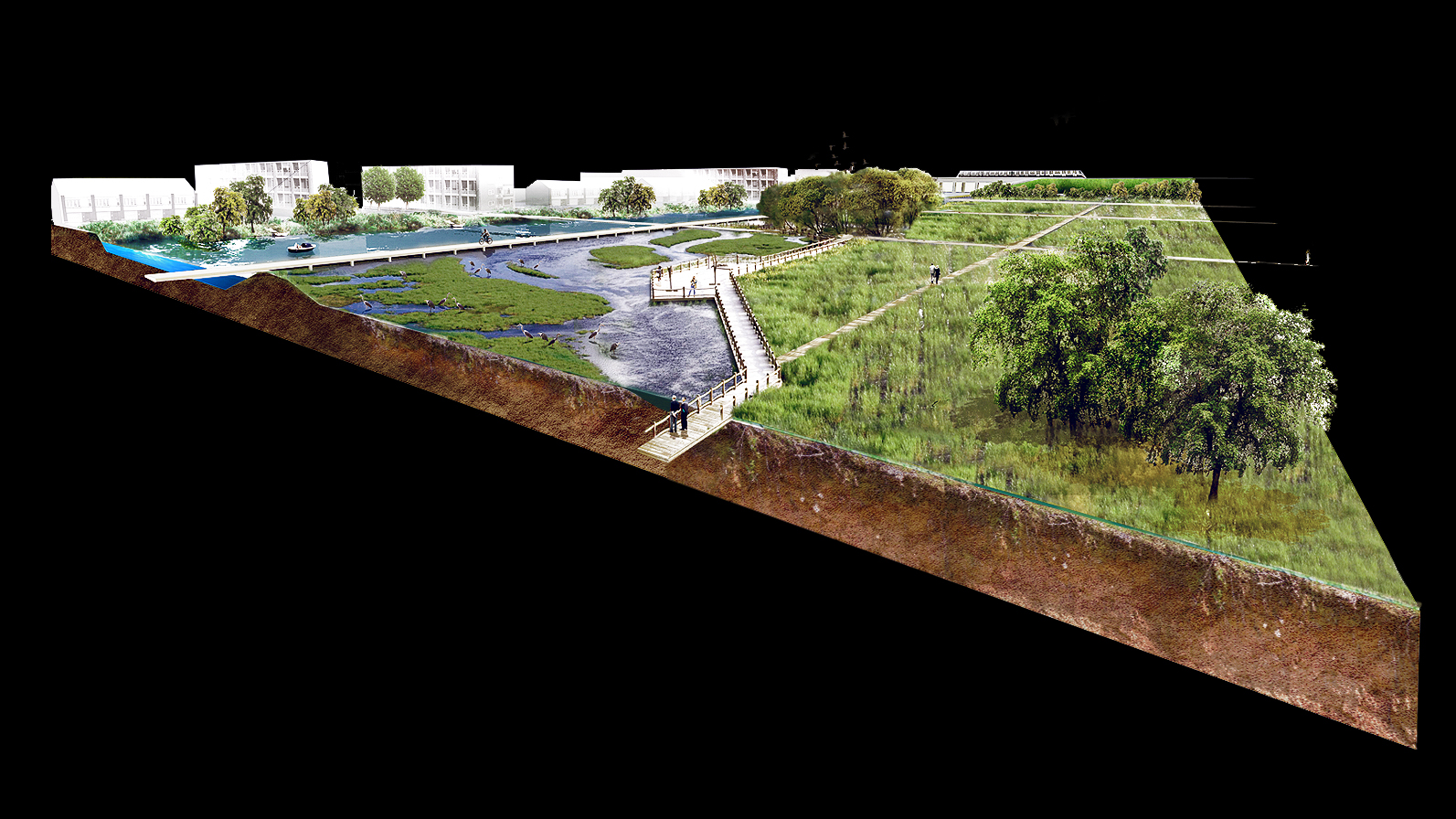 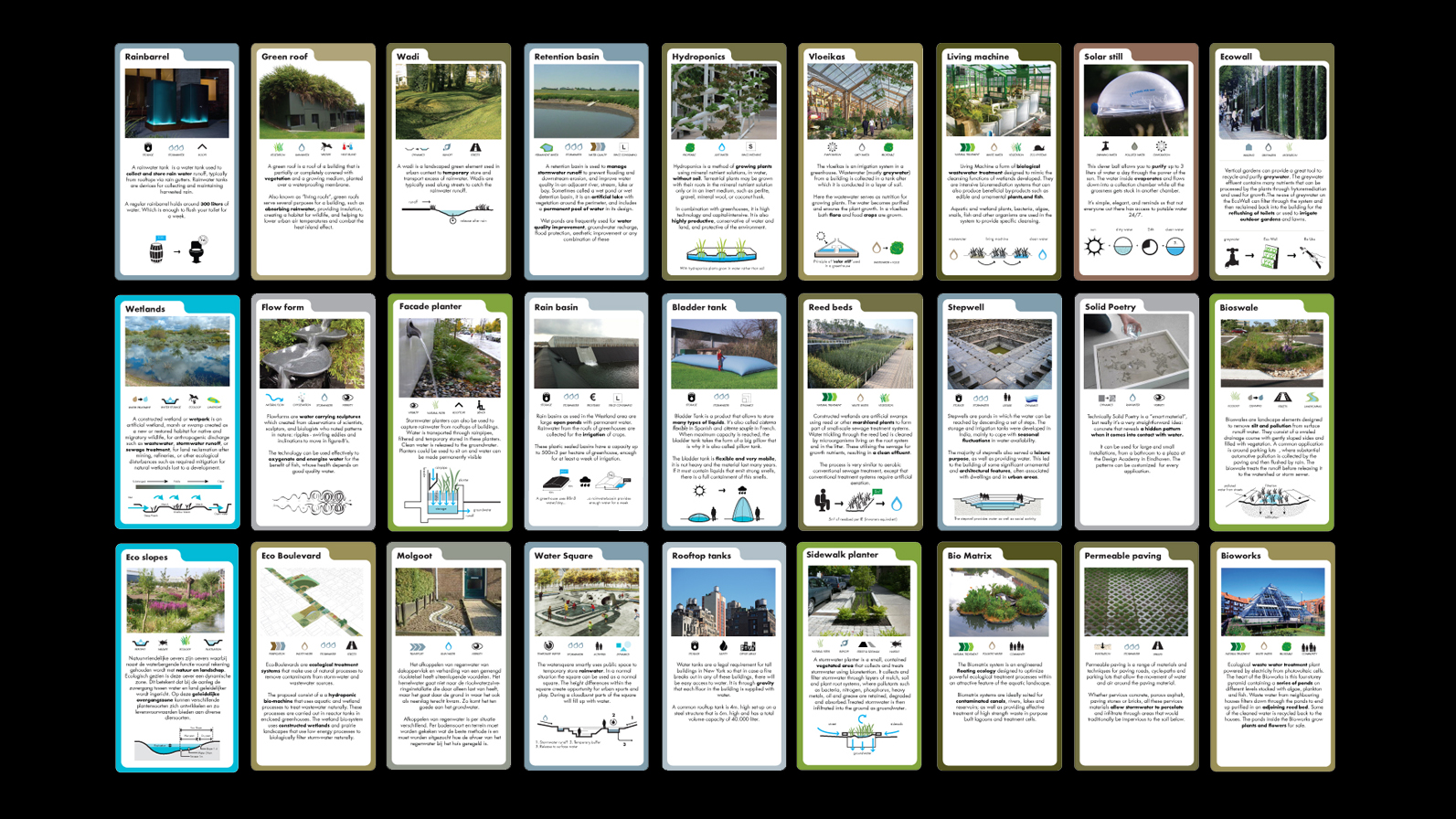 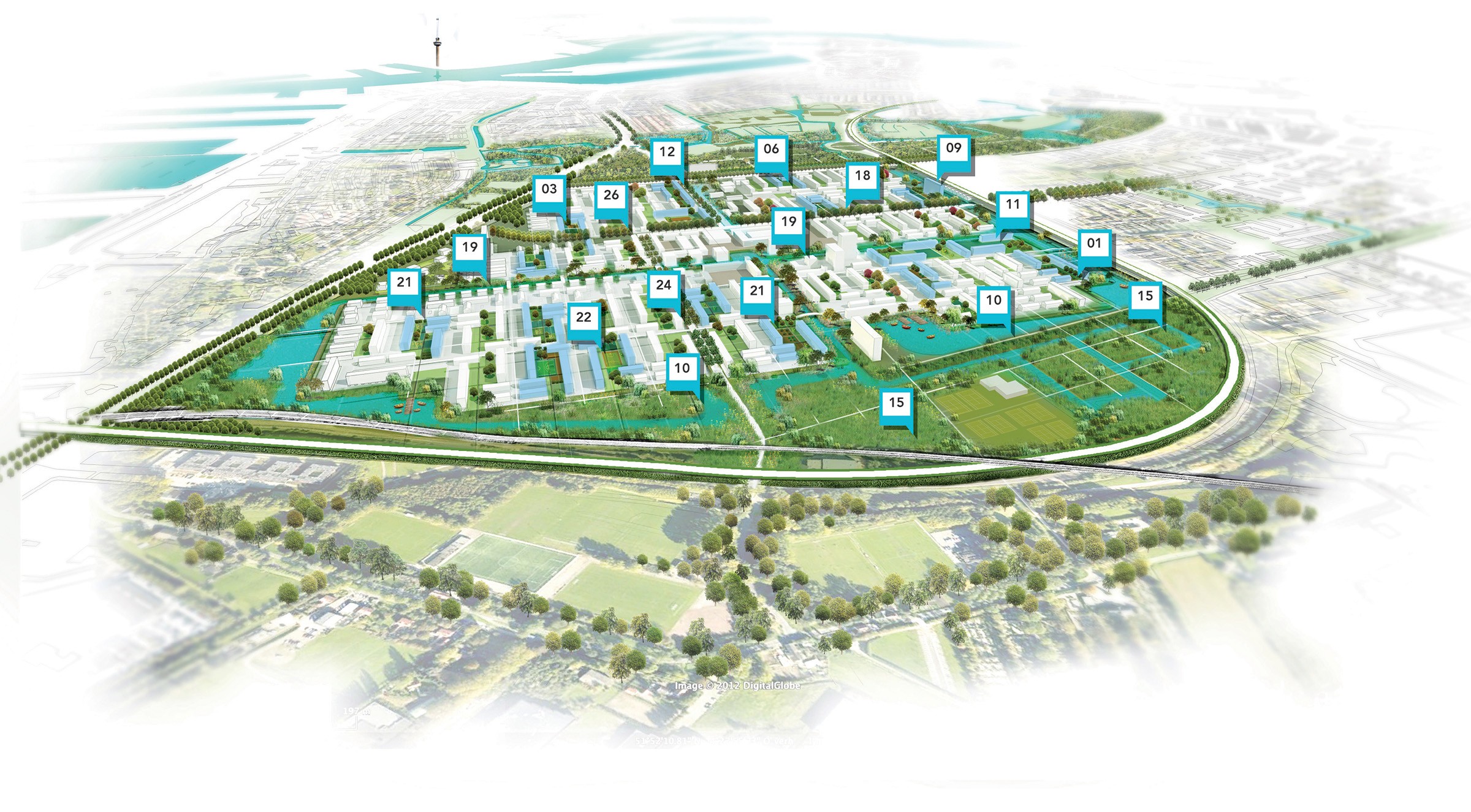 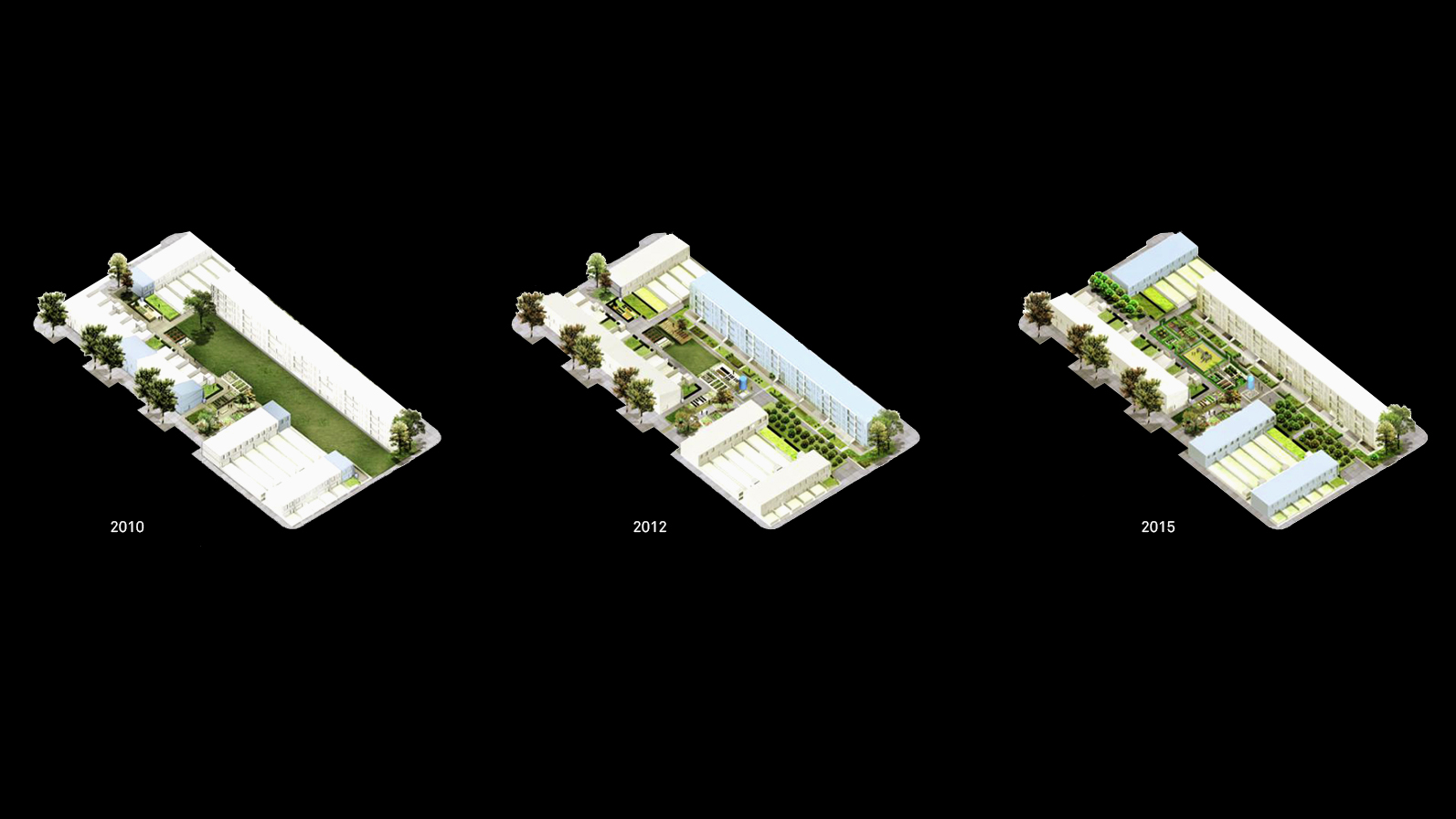 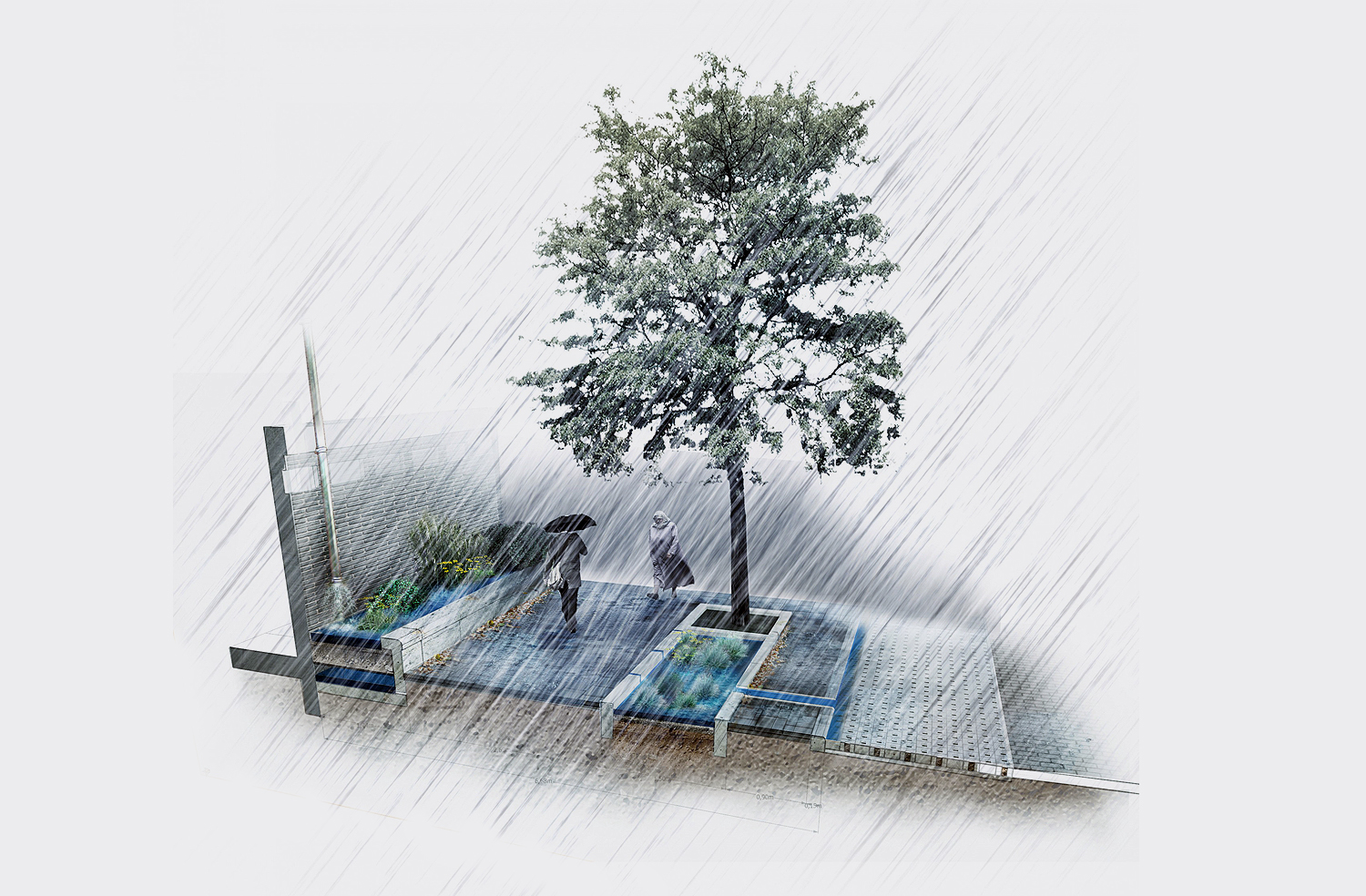 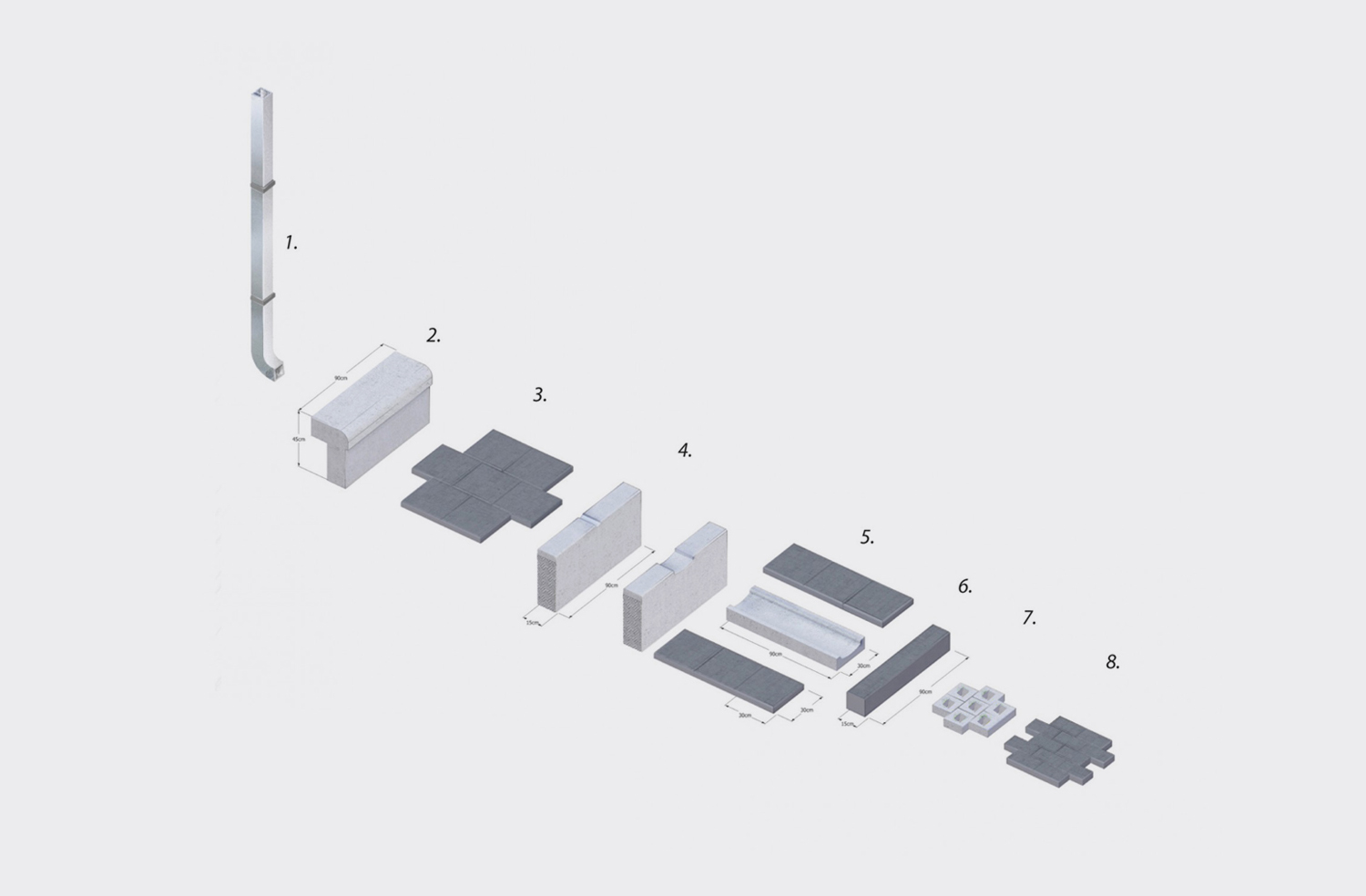 The Rotterdam water system  is under increasing pressure. The network of pipes, pumps and drains is no longer able to cope with the large quantities of water from heavy downpours. Cellars and  streets are flooding and sewage water overflows in open water. This causes great inconvenience and has a negative impact on economy and ecology alike.

'Met water stad maken'  presents a range of spatial solutions of varying scales and applicability. The project embraces climate dynamics as a visible and serviceable component of the city.

Residents are stimulated to reuse rainwater and in doing so appropriate the public space in stages. In clusters containing antiquated dwellings, fix-up homes have been introduced round semi-public water gardens. The design constructs a number of public water squares and small parks scattered throughout the neighborhood.  The strategy is scaled up from cluster to the entire framework of Pendrecht. Connections through the area are transformed in accordance with water management principles, making the neighborhood a key link between the city and the surrounding countryside.  During heavy rainfall the redesigned streets act as a sponge. Giving the public realm two countenances, green in dry weather and blue when it rains. On the border between city and country, unused spaces are transformed into a publicly accessible water purification park.

This way, Pendrecht’s public realm contributes at multiple levels to addressing Rotterdam’s water issue and takes on new meaning for the area, its residents and the city.