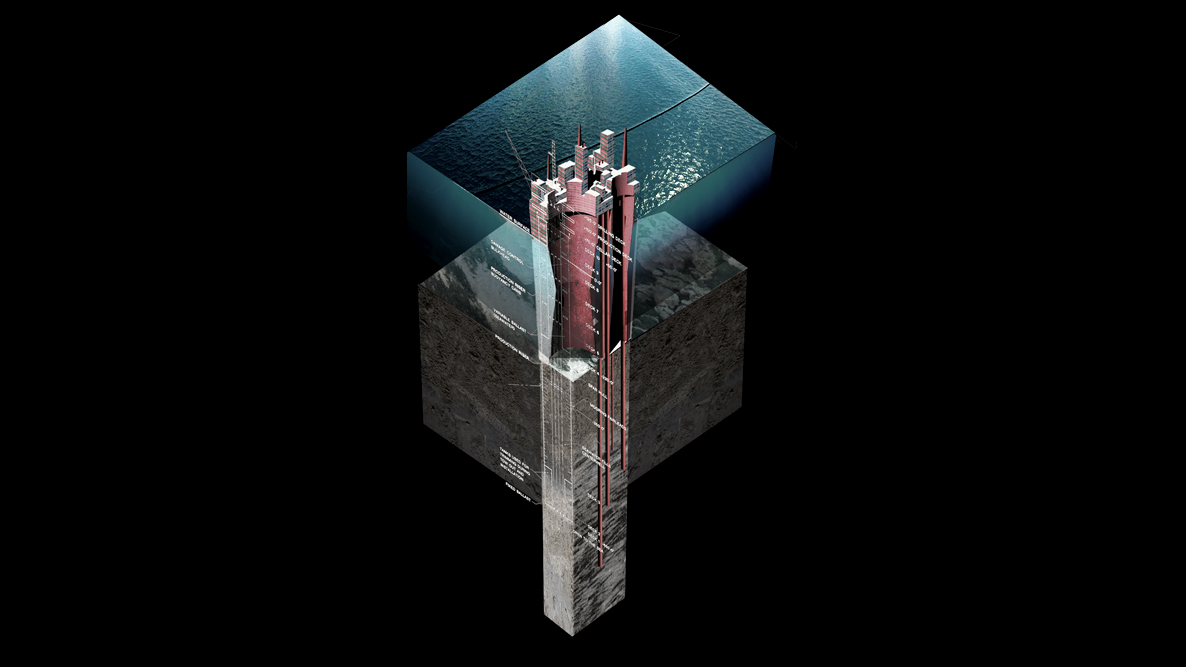 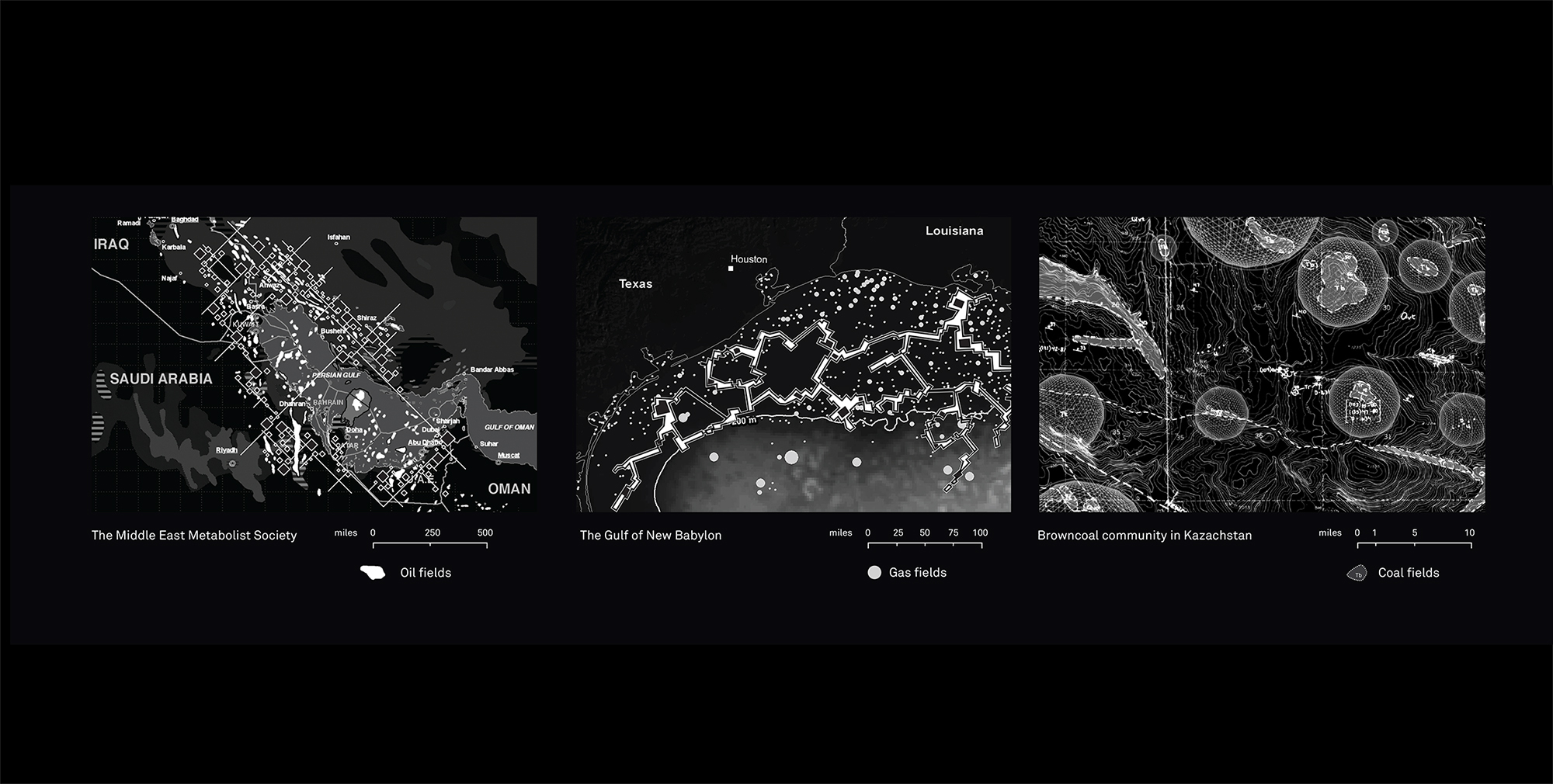 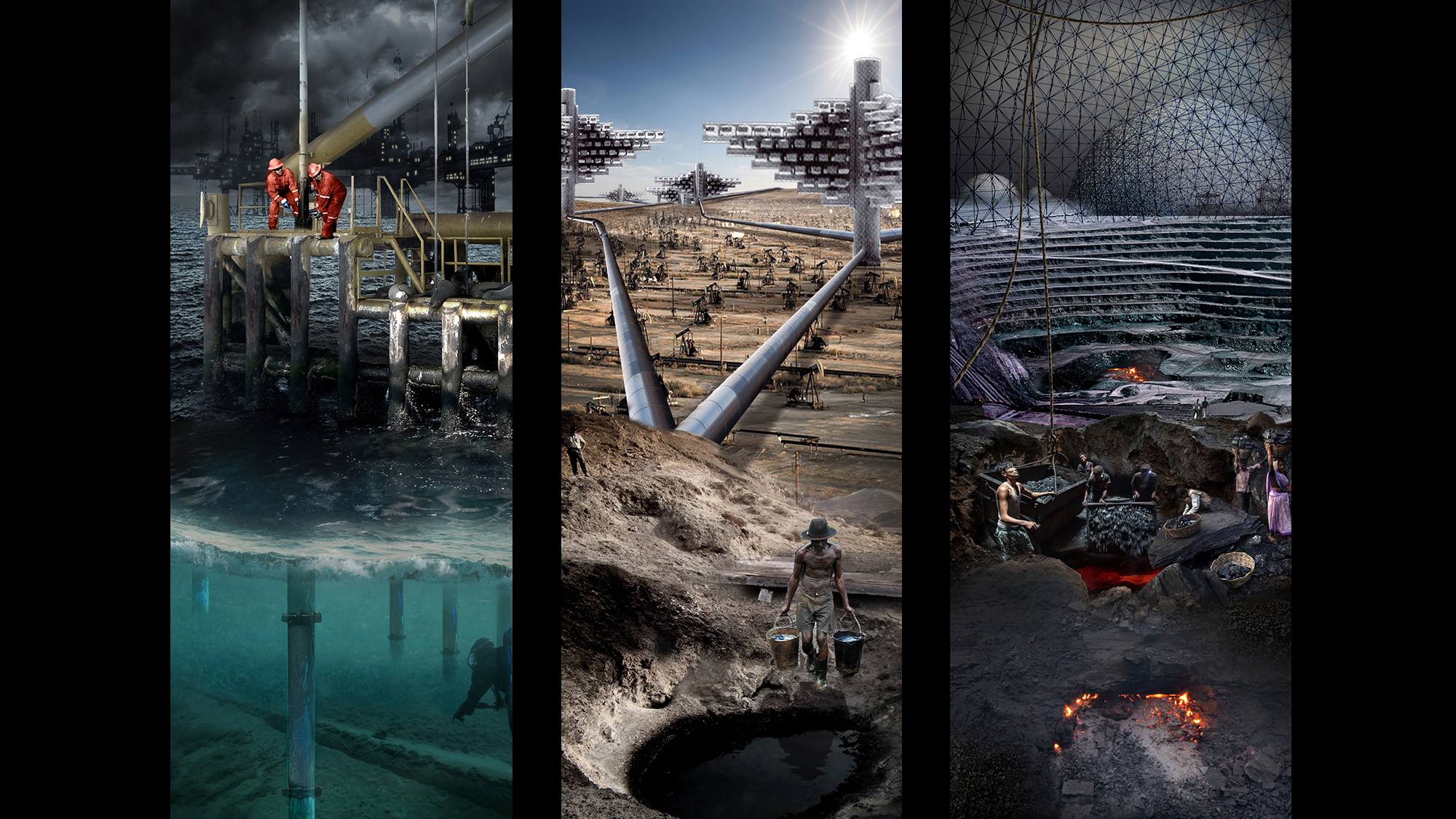 After the great wars (water, oil)  innovation exists only as a vague memory. Earths population seeks refuge at the very source of their downfall.   More than ever reliant on raw materials, fossil-junks spread around the globe to extract the last  juice that is left in its crust. Building communities in post-utopian structures, their dystopian lives are fueled for one last time.

'Middle East Metabolism'
With temperatures reaching historical heights, living conditions in the Arab world become unbearable. Oil states are forced to unite and found the Middle East Metabolist Oil Society (MEMOS).  A society built along a Kenzo Tange-esque grid of infrastructures around the Persian Gulf. To cool their air conditioned cities, the Alliance pumps up what is left from their ever shrinking oil fields.

'The Gulf of New Babylon'
After ‘The great Floods’, mainland America is no longer inhabitable. People rebuild their communities on the existing oil rigs in the Gulf of Mexico. A society inspired by Constant’s visions of the free man, depleting what is left of the gas fields beneath the ocean. New Babylon on water will only sustain itself until its reserves run dry.

'Buckmister Coalmines'
The ‘Decade of Smog’ (2060-2070) triggers mass migration to the Karaganda Coal Basins of Kazachtstan.  On top of the 60 million years old coal-seams, small communities settle in enourmous biosphere domes, providing the only alternative to fresh air in the polluted Eurasia continent.